The copper mine „Füsseberg“ was initially mentioned 1708 in a historiography. It got its name most likely from the hill at the town exit, which was an open pit copper mine. When the sun was shining at the hill the impression arose as if the hill was burning - hence the word for burning in the local dialect is “füssen”.

After the acquisition of the mine in 1872 by the Krupp company an extensive modernisation took place. A that time 50 people were employed. Dating back from that time it is known that predominately iron ore was mined and the mining of copper hardly played a role anymore. 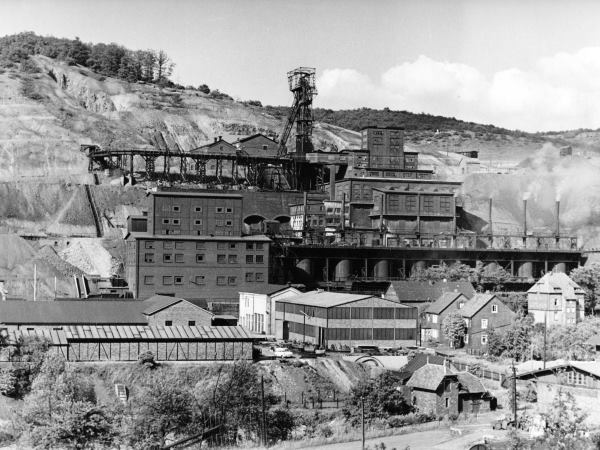 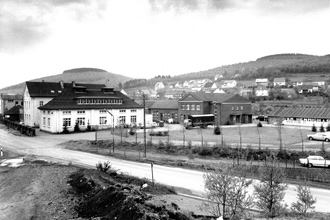 1899 a new chapter of the Füsseberger history began with the establishment of an underground mine. With this expansion of the iron ore mine 350 people found employment.

During the global economy crisis in 1931/32 the Füsseberg was the only Krupp mine in the local area, which did survive. In the 1930’s a connection to the Friedrich Herbert mine in Herdorf was established. This created the largest composite pit and iron ore mine in the Siegerland region with a total employment of 1600 people. The depth was 1046 meter and the route network was 35 km long.

In 1949 a miner apprentices school was established at Füsseberg and in 1953 the large number of 209 apprentices were recorded.

The local mining declined because of the strong foreign iron ore competition. March 26, 1965 the last shift was performed at Füsseberg. 480 people had to seek for new employment somewhere else.

The area with several production-, administrative and training buildings were acquired by the Walter Henrich company and have been in operation since 1969.